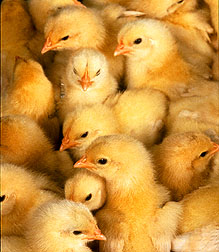 When people talk about poultry production, it is necessary to differentiate among the different farms or facilities conforming the whole poultry activity. To understand poultry production, it is necessary to state that it is a very specialized activity, which is carried out in several phases at different facilities. To explain, let’s begin by Chicken Breeding and Grow Up Farms. This kind of farms has the objective to grow up male and female (separately) chicken since one life day of life to sexual maturity which is reached at 24th week of life. At this age, these birds are moved to other kind of farm: Chicken Breeding Farms. At Chicken Breeding Farms breeding males and females are accommodated to get fertile eggs, which are carried to other facility named Hatchery, where are placed machines which control temperature and humidity to give suitable conditions for getting a good development of embryos inside the eggs. Chicks obtained can be carried to Breeding and Grow Up Farms to repeat the cycle; or only female chicks can be carried to Layer Farms where non-fertile eggs are produced for human consumption; or 1-day chicks can be carried to Broiler Chicken Farm where only male birds, or only female birds, or sometimes both sex birds, will grow and gain weight until reaching the required weight for market. Male chicks have faster growth than females chicks, therefore they spend less time to reach the adequate weight. In general, time interval for getting this weight is between 30 and 45 days. Living birds are carried to Processing Plant where they are slaughtered and processed (bleed, evisceration, feather removal, head and paws cut off). From Processing Plants, chicken may go to the market, or may suffer an additional process in a Cut Up Plant, where chicken are cut up into parts as consequences of primary cuts (thighs, wings, breasts) and secondary cuts (mainly steaks). At Processing Plants and Cut Up Plants some pieces are not suitable for the market due to appearance, but they can be ground to get a meat mass used for processed meat products such as sausages, nuggets, ham, etc. It happens at Plant for Industrialized Meat Products.

A critical point in poultry industry is the Hatchery, where chicks sex must be determined in order to know what kind of chicks are sent to each farm type, so, for example, it is necessary to be sure that only female chicks are carried to Breeding and Grow Up farms which will be the source of pullets that will be sent to Lay Farms. For good planning in Broiler Farms, it is necessary to know if either male chicks or females chicks are carried to Broiler Farms. To differentiate male and female adults is easy, but it is not so easy to differentiate them when they are only 1 day old. Enterprises dedicated to chicken trade, takes advantages of link-sex inheritance to differentiate easily males and females one-day chicks. Inheritance is the cause of similarity between parents and progeny, and DNA (deoxyribonucleic acid) segments (called genes) are the responsible entities. In multicellular organisms DNA is grouped in several molecules named chromosomes. A species with sexual reproduction has a fixed chromosomes number in its cells. These chromosomes have different forms, however, a thorough observation under microscope during cell division let identify that each chromosome shape have two copies; living organism with this characteristic of having two copies by each chromosome shape are name diploids. Each chromosome pair having the same shape are name homologous chromosomes.

There are several differences between plants and animals; one of the most important is sexual differentiation: in animals there are male individuals which produces male gametes, and there are female individuals which produces female gametes. It does not occur in plants (with only few exceptions), normally only one plant has the ability to produce male and females gametes. Sexual differentiation is produced by one pair of chromosomes called sexual chromosomes which is the only pair that does not have the same shape Fecundation is the male and female gametes fusion; gametes come from cell division process named meiosis, in which each chromosome of one pair migrates to different cell poles resulting in cells with half of the chromosome as compared to the original cell. In sexual chromosomes, as in the other ones, there are genes determining phenotypes, however, if we are studying genes in heterogametic individual, much of these genes are present in only one chromosome, there is no analogous part in the other sexual chromosome. When we are studying traits determined by this type of genes, we are studying linked-sex traits, it means, phenotype will depend on individual sex. In birds, feathering speed is due to a gene in a non-homologous part of chromosome Z. This gene has two alleles (allele are the variants of one gene): “A” denotes slow-feathering allele and “a” denotes the allele which determine rapid feathering. In genetics, capital and lower case letters are used to express an allele interaction named dominance, in which “A” dominates over “a”, it means, individuals homozygous AA has the same phenotype than heterozygous individuals aa. Birds genotypic categories according to feathering speed are: Knowledge of inheritance mechanisms give us the tools to solve practical and applied problems in agricultural activities. One of these is opportune sex determining. 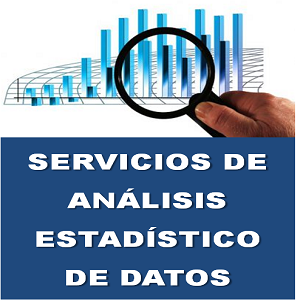